Here the visitor can learn the history and types of puzzles, but may also play with puzzles that are matching, sequential, folding, interlocking, opening, take-apart, etc.

The Puzzle Museum points out that Greece has the greatest influence on puzzles worldwide, due to the oldest enigma of the Sphinx, the oldest mechanical puzzle that is Archimedes’ Ostomachion, and the continuous use of ancient names such as Labyrinth, Pandora’s Box, and Gordian Knot given to modern puzzles.

Due to limited time, during the Festival there will be two guided tours for honored persons.

Presentation of puzzles through simple speeches

such as “Trojan Puzzle”, “Archimedes Ostomachion”, and a global lecture with 300 slides on Kastellorizo (history, monuments, fauna, flora, etc.).

The lecture “Trojan Puzzle” is a world-famous presentation of Pantazis Houlis, a video of which has been posted on the website of the Bodosakis Foundation, and describes the types of puzzles, their history and their interaction with us. Special mention is made of educational puzzles and how they can help teaching mathematics (and other sciences) to become more efficient and fun.

The lecture “Archimedes Ostomachion” contains the history of a Palimpsest in which the information on the oldest recorded puzzle in the history of mankind, the Ostomachion, was found. The name’s etymology comes from the phrase “Battle of the Bones” because it was made of ivory.

There will be an amusing reference to the properties of this puzzle, as well as a new survey (of 2017) by Pantazis Houlis that classifies (based on difficulty) the 536 ways of repositioning the 14 pieces within the square frame.

The lecture “Warm Coral” (the Greek name of which – Zesto Koralli – is an anagram of the word “Kastellorizo”) focuses on a global presentation of the island. History, ancient monuments, the beauty of the local nature, churches, paths, endemic species of flora and fauna, comparisons of the past and the future, and many more, are reflected in 300 slides, so that each interested person acquires a complete picture of the remote island.

Tour the mountain through unique paths to get to know the history and nature of the island.

The mountains of Kastellorizo are to this day an unknown place.

Soon, however, through a government program, the countless ancient monuments, the pristine and herbal nature, the rare endemic species, and the amazing and beautiful paths that form the arteries of connection of our daily lives with a new world that revitalizes physically, mentally and mentally, will finally emerge and be advertised.

We thank from our heart the contribution of many volunteers, especially Dimitris Kampouris, Petros Tsokataridis, the Physiolatric Movement of Vrilissos who (along with Pantazis Houlis) helped to open classic paths. But most of all, we thank Manolis Roxanas (who again together with Pantazis Houlis) during the winter seasons of 2018-21, contributed to the opening of an unprecedented number (proportional to the island) of remote paths of many kilometers.

These new paths not only strengthened the connection to the ancient monuments, but also formed the beginning of the mapping of a new integrated network, which is unique worldwide. The professional mapping is now scheduled to take place in autumn 2021 by Stefanos Psimmenos and Pantazis Houlis.

If you want to see some beautiful photos of the island, please visit this link. 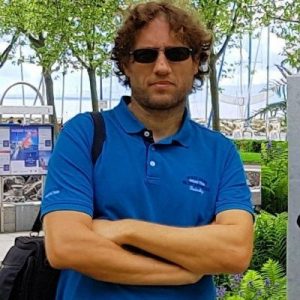 Pantazis Houlis grew up in Κastellorizo (also known as Megisti). He studied mathematics at the University of Crete. He completed his postgraduate studies at the University of Western Australia, i.e. Master's degree in Algebraic Graph Theory (Mathematics), Ph.D. in Control Systems (Electrical and Electronic Engineering), and worked as a Professor at the University of Western Australia until 2012. He holds an extensive collection of 4,000 puzzles, 700 of which are his own inventions and prototypes. Known in the puzzle community with many honours in puzzle designing, he is a member of the International Puzzle Party (IPP). Today, he is a co-founder and research and development manager of MaxxBrain. His aim is to introduce mathematical puzzles to education for efficient and entertaining learning. MaxxBrain works with several Indian state governments and hopes to expand soon in the rest of Asia. He recently founded Greece's first Puzzle Museum on the island of Megisti, already attracting many Greeks and international visitors.